By olyclimber
November 17, 2022 in Climber's Board 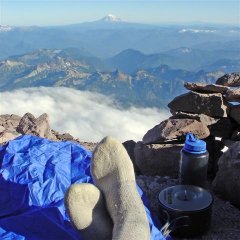 LOL, no. Fiero club that night. We also have a three Austin Healey Sprites and a Saturn Sky. Read all about it in my forthcoming book "Mountaineering and Automobiles: How to Choose Expensive Hobbies t

I’m making the trek down from Lake City, let me know if anyone needs a ride!  I’d bring my wife but she’s gotta watch the bebe and Beveridge Place doesn’t take lil ones.  This is gonna be fun!

Sorry to miss it! Lots of familiar faces in the crowd.