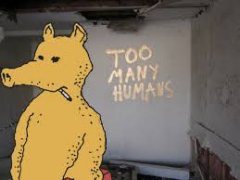 Do climbers tend to be arrogant d-bags?