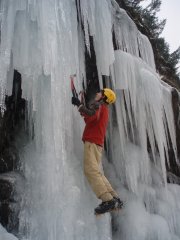 By cheamclimber, September 19, 2007 in North Cascades