I don't ski and it's bringing me down 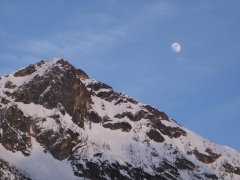 By mountainsandsound
October 16, 2013 in Climber's Board