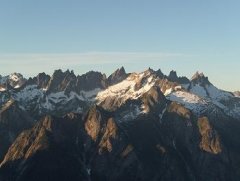 By SoundSummiter, April 2, 2013 in North Cascades