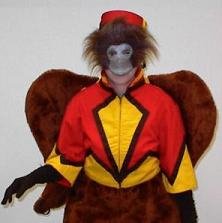 One Hippy Comments on Nader