By zaworotiuk
March 22, 2021 in Oregon Cascades 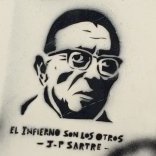 Glad we could get this done, @zaworotiuk! Thanks for writing up another TR of our climbs.  And thanks, @wayne for all of your pioneering. What a fantastic route in an intimidating setting; it fel